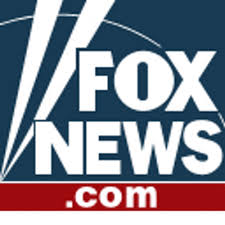 “We respectfully warn the Supreme Court not to cross that line,” read a document titled, Pledge in Solidarity to Defend Marriage. “We stand united together in defense of marriage. Make no mistake about our resolve.”

“While there are many things we can endure, redefining marriage is so fundamental to the natural order and the common good that this is the line we must draw and one we cannot and will not cross,” the pledge states.

The pledge was co-drafted by Deacon Keith Fournier, a Catholic deacon, and Mat Staver, the founder of Liberty Counsel. Also involved in the document were Rick Scarborough, the president of Vision America Action and James Dobson, the founder of Family Talk Radio.

“We’re sending a warning to the Supreme Court and frankly any court that crosses the line on the issue of marriage,” Staver told me.

He said that once same-sex marriage is elevated to the level of protected status – it will transform the face of society and will result in the “beginning of the end of Western Civilization.”

“You are essentially saying that boys and girls don’t need moms and dads – that moms and dads are irrelevant,” Staver said. “Gender becomes pointless when government adopts same-sex marriage. It creates a genderless relationship out of a very gender-specific relationship. It says that it doesn’t matter and that two moms or two dads are absolutely equivalent to a mom and a dad.”

“The institution of marriage is fundamental and it must be defended,” he told me. “It’s the foundation for the entire culture. It’s been in existence for 5,000 years. If you weaken it or if you undermine it – the entire superstructure can come down. We see it as that important.”

That’s quite a shocking statement. So I asked Mr. Staver to clarify his remarks.
“I’m calling for people to not recognize the legitimacy of that ruling because it’s not grounded in the Rule of Law,” he told me. “They need to resist that ruling in every way possible. In a peaceful way – they need to resist it as much as Martin Luther King, Jr. resisted unjust laws in his time.”

Scarborough said the pledge was meant to be forthright and clear.
“We’re facing a real Constitutional crisis if the Supreme Court rules adversely from our perspective on same-sex marriage,” he told me. For me there’s no option. I’m going to choose to serve the Lord. And I think that thousands of other pastors will take that position and hundreds of thousands – if not millions of Christians.”

Scarborough is urging pastors across the nation to sign the pledge.
He referenced the “outrageous penalties” being assessed against people of faith simply because they don’t want to participate in a same-sex union.

An Oregon bakery is facing a $135,000 fine for refusing to make a cake for a lesbian wedding and a Washington State florist faces fines for refusing to participate in a gay wedding.

“Christians are being declared the lawbreakers when we are simply living by what we have always believed, and by a set of laws that the culture historically has agreed to,” he said. “Right now the courts are changing the playing field and declaring that what the natural eye can see and natural law reveals is not truth. ...  What will we do, and how will we respond?”

Dobson said there’s no doubt that LGBT activists are targeting Christian business owners.
“For about 50 years the homosexual community has had as its goal to change the culture, to change the ideology and if necessary – to force people who don’t agree by use of the courts,” Dobson told me. “I think there’s a collision here and we can all see it and where it’s going to go is anybody’s guess – but it is serious.”

To be clear – the men and women who courageously signed this pledge did so knowing the hell storm that is about to be unleashed on them – and their families.
“We have no choice,” Staver told me. “We cannot compromise our clear biblical convictions, our religious convictions.
Postado por o menor de todos os menores. às 22:23

Translate to your Language.